I was reminded of a day-job meeting that I had at the back-end of 2019. Whilst drinking copious amounts of coffee, three of us, face to face, began to put the world to rights. We looked forward to the new decade that was around the corner with optimistic zeal. The roaring twenties were going to be the years that we got our houses in order; environmental change was coming and we’d all be getting fitter as we found new social and spiritual priorities. Oh, the benefit of hindsight. The decade has not started as any of us would have imagined. 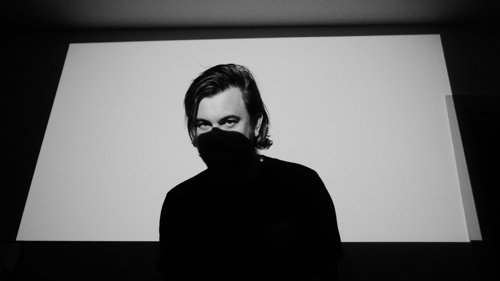 In his debut single, 2020 Vision, Simon Glancy, also known as Polythene, appears to be in the same place. We find Polythene in the opening gambits of the song broadly optimistic as he welcomes in the new decade. But as the song progresses so does the year; the initial positivity begins to crumble as the reality sets in.

“Sitting in a car, eating Haribo“, sings Polythene deliberately mimicking The 1975 and their much harder “Fucking in a car, shooting heroin” line from ‘Love It If We Made It’. For many of us, the height of excitement in 2020 was to sit in our vehicles eating sweets. Wild!

Musically, the stall of Polythene is clearly set out. This is a song that’s inspired and informed by the very best indie-pop music from the late 1990’s. These were the days when Mark and Lard would pluck a new guitar-wielding band and song out from obscurity and champion them on their mainstream radio breakfast show. 2020 Vision is the type of tune they’d likely be all over if the world of radio hadn’t moved on to grimier pursuits.

An album by Polythene has been recorded. I look forward to hearing that in future months. But for now, let’s all party with a song for the year that wasn’t.