My great friend, Paul Champion, knows his eggs from his onions. I was away in Lincoln this weekend just gone at the wonderful 2Q festival. Sadly, it clashed with the return of Lancaster’s finest, The Lovely Eggs, to Leicester. They’re a band that I’ve been keen to feature on Sonic Breakfaat for some time. Paul’s also a fan (and a fine writer) so he went along to review for me.

When I was a younger man, I had a well-considered aversion to the phenomenon of ‘tribute’ acts. As the rage grew for copycat behaviour, I was left cold by the prospect. I wanted the new, the exciting and the unique. I didn’t want my treasured ‘memories’ when first hearing a piece of music to be somehow diminished or sullied by John Lennon or Freddie Mercury wannabes. 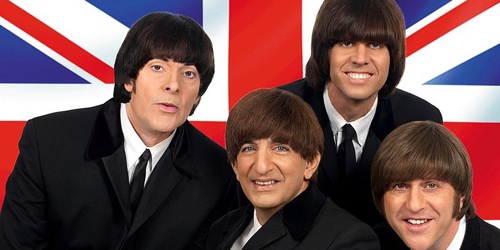 I tried to get over myself and went to the very first Glastonbudget, a festival in these parts that’s largely dedicated to the tribute. I couldn’t get on with it despite a grudging acknowledgement that T-Rextasy were great (and I’d never get to see Marc Bolan do his thing for real). I chuckled when Coolplay played Coldplay’s new single three days after it was released. It was the first time I’d heard it – and that felt all sorts of topsy-turvy. 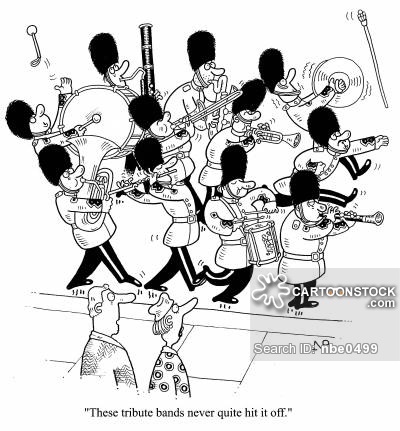 It’s fair to say that my aversion has calmed (a bit) with age. A couple of years back, I went to see a Queen tribute (endorsed for quality by Roger Taylor). And I found myself carried along with the crowd’s enthusiasm. Similarly at this year’s Bestival (my eFestivals review here), I was most charitable about The Smiths Ltd. Their Morrissey and Marr combo was accurate and suitably miserable.

It was with some trepidation that I headed along to Leicester’s Music Cafe on Friday night to see Gladness, the ultimate Madness tribute act. A great friend of mine over a number of years, Jon O’Neill, sings with the band and I know a few of the other members as well. It could have been awkward if I’d had to make my excuses and leave early with a nasty dose of tributitis.

It’s been four years since I first saw The Young ‘Uns play live at Musicport up in Whitby. I recall that their set was a real highlight of the festival, something I captured in my EFestivals review (here).

“Saturday afternoon and I take a chance in the theatre with The Young ‘Uns from Teeside. The programme simply tells me that these are ‘one of the most sought after folk acts today’ and that they bring ‘abiding enthusiasm for traditional song’. Those familiar with the ‘translate the programme’ game we often play at festivals would suspect slim pickings from this description. This could well translate as ‘Once played Cockles and Mussels to rapturous applause at a folk club in Durham’. But, this set is a lesson in sometimes going with the flow. Sometimes acapella, sometimes with accompaniment from accordion and guitar, this trio of twenty-something men banter so effortlessly on stage that the captive audience are dragged into their jolly world. Songs about political struggles of yesteryear mix in with emotive tales of love to ensure that, by the end of their set, the audience are standing on their seats demanding more. Folking great.”

“I’m recreating your presence, by wearing socks to bed.”

You kind of know that you’re onto a winner when a song knocks you sideways with an opening line full of mournful poetry such as that. 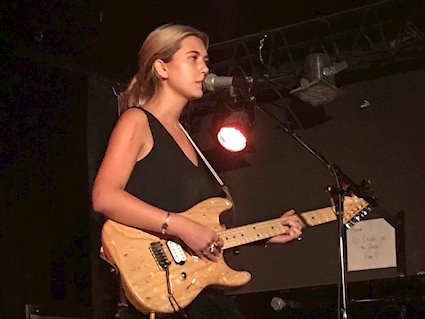 Even more so when that song, Hard To Tell, is sung in the teary, polite and brutally honest manner that Courtney Farren applies to her work. There’s a heartbreaking simple beauty about this song; you, as a caring voyeur are given a tender insight into the distraught distraction of poor Courtney.

It’s an odd feeling when you get to my age and you ‘discover’ a band you instinctively love. New to you, this is a band that has a body of work tracing back to the turn of the century.

For, on the one hand, you know that you will simply feel compelled to immerse yourself in their catalogue of releases. You’ll feast and gorge on their output with gluttonous endeavour. You’ll try hard to ration yourself and avoid overdosing but you know that’s not your style. It’s the aural equivalent of an excellent TV boxset that’s released on Netflix in one serving.

The feeling of joy about your new find is tempered with the sense that your ‘already too cluttered life’ is about to become even more distracted.

Such is the way I’m currently feeling about Pollyn.

(Click on page 2 to find out more about Pollyn 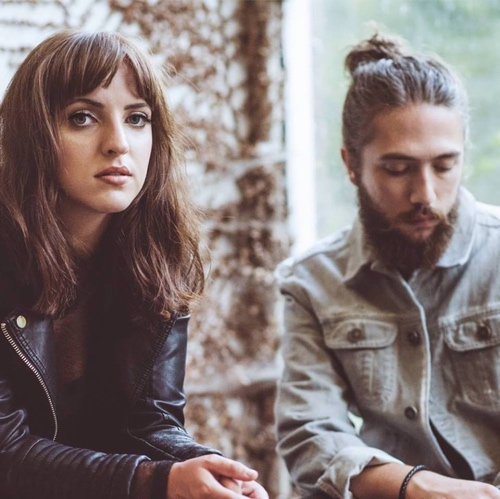 I’m really looking forward to Wednesday night. This summer of festivals has meant that I’ve not been able to spend nearly enough time going out to gigs in Leicester, my hometown city. When I discovered that Meadowlark, an act that I featured in Sonic Breakfast’s dim and distant past (here), were playing at the Shed, it felt like an obvious thing to do to get myself a ticket.