I am still alive but I might need a bodyguard. Yesterday’s Eurovision post was delivered at great risk to my own personal safety. Much maligned in the U.K., we can get away with pithy comments about the contest. Our collective arrogance swells because we’ve given the world the Beatles, the Stones, Led Zeppelin and One Direction! I will not be surprised if a price is already on my head from one of the former Soviet bloc countries that takes this a tad more seriously.

Ruth Lorenzo is representing Spain in the contest. She once came fifth in the U.K’s X factor, largely because (as far as I could tell) men of a certain age and disposition were attracted to her Mediterranean charms and ample cleavage. Ruth is hoping to use that link to get ‘douze points from us’ in Copenhagen in May. She won’t be getting my vote though. Ruth once appeared at a Leicester City Football club fans village thing in advance of a friendly against Real Madrid. She mimed to a backing tape for one and a half songs before the local talent of Jersey Budd and The James Lewis Band blew her off the stage. One of her bodyguards knocked me over in her rush to get away.

Do excuse my wittering. There are songs to review. 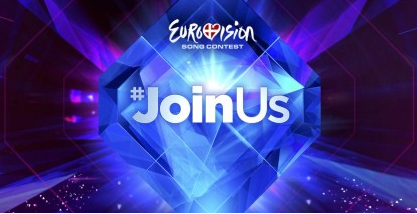 This is far from amazing. In fact, all it is good for is a game of ‘count the clichéd lyric’. Tanja sings about how amazing it is to be weightless over the top of an Eurodisco pop track, produced in a bedroom. I bet Tanja is a bit chubby.

See above. It gets points in my book for being the first song I’ve reviewed so far to not be completely in English. The first Spanish verse sounds exotic and sexy but then the English begins and we learn that ‘life gets you every time’. Thanks for that Ruth. It’s pedestrian and procession like. Watch out for her bouncers.

In truth, I was hoping for Something Better. This is on the rock spectrum and sounds like it’s sung by somebody who makes a better living in a Frank Turner tribute band. The best that I can say about this is if I heard it a million times I still wouldn’t recognise it.

Can we go back to the piano ballads of yesterday please? This is French disco rap pap. The chorus bursts into English when Twin Twin tell us that they ‘wanna have a moustache‘. One that’ll do well in the gay Eurovision circles no doubt.

Yeah – we cheer collectively much like we do at the start of the football World Cup. We know that we have no chance of winning even though we buy our slot in the final. I’m sure that Molly Smitten-Downes (from Leicestershire) will give us 110% and she’ll sing her heart out.

She’s supported Jake Bugg, Tinie Tempah and Basshunter so she’s learnt from the best. And Dean Jackson is her biggest fan. In truth, the song isn’t too bad. It begins very Lana Del Ray and I like the poetry of ‘I’ve been tired of this thinking, so I drowned it out by drinking‘. But, it quickly descends into lyrical nonsense as we learn that we’re ‘children of the universe, dancing on the edge of time.‘ Still, better than most though.

15. Georgia – The Shin And Mariko – Three Minutes To Earth

Sometimes Eurovision throws up something so bewildering and quirky that you can’t help but delight in it. Georgia’s entry is one of those. Beginning with a yodel that transforms into a vocal warble, this tune seems to be about a skydiving. It tries to be acoustic prog-folk over some classical guitar noodlings. Then, it calls on Bowie’s ‘Starman’ before the realisation hits that this parachute isn’t opening and we’re about to crash and die. Delightful.

Risky Kid is a rapper. On the evidence of this offering, he should change his name to Safe Young Man. This dose of trumpet-led Euro pop swings along without really going anywhere.

This is horrible which probably means that it’s a favourite to win. More bland ’emotive’ Euro rock pop as Andras tells us all about a girl who is facing up to some pretty difficult times. ‘She keeps on running, running, running from this crazy life’, we’re told. And we weep at the magnitude of it all.

What? No Jedward? It’s a travesty. In their place, we don’t even get that old soak, Johnny Logan. Instead Can-Linn do their best to sound like every other bland AOR track in this years Eurovision – except this has a bit of Celtic Fiddle to distinguish it from the rest. It won’t win. How many Eurovision songs have been called ‘Heartbeat’ in previous years I wonder?

And, with that Day 2 of my Eurovision Easter egging draws to a close. Tomorrow will have some true highlights. Mum’s gone to Iceland and come back with a quirky punk gem whilst Latvia will be having a cake fight with Belarus.

The two songs to highlight by video today again pick themselves. I have to support local girl, Molly… and The Shin and Mariko from Georgia is a madness that deserves extra prominence.

One thought on “Eurovision – part deux”