Mr. Plow” is the ninth episode of The Simpsons’ fourth season, which originally aired on the Fox network in the United States on November 19, 1992.[3] In the episode, Homer buys a snow plow and starts a business plowing driveways. It is a huge success, and inspired by this, Barney Gumble starts a rival company and quickly puts Homer out of business. 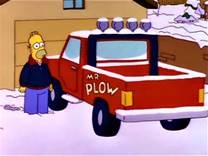 But that’s not what I’d be writing about on Sonic Breakfast.

Mr. Plow is also the name of an Americana singer-songwriter, influenced by Johnny Cash, dark tales and guitars with slide. The man has lived in Leicester for years. He now appears to be working with a band of quality musicians. For ease and simplicity, they also take the name, Mr. Plow.

I’ve known Mr Plow for years – known as in we’ve sometimes made comments on the same social media threads. We’d acknowledge each other with a nod of the head and a couple of sentences of small talk should we pass each other in the street but I’m not sure that we’ve ever got into any conversations that have lasted longer. 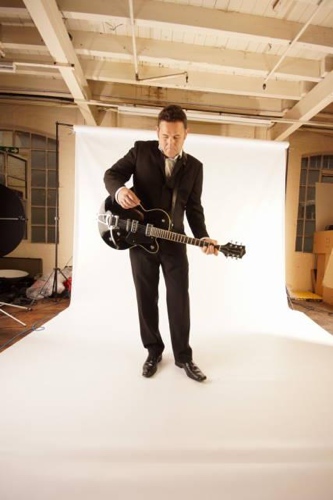 In many ways, this is an odd state of affairs. A quick scan across my CD and vinyl would show that our musical interests are not hugely divergent.

Back at the start of the summer, Mr. Plow announced the impending release of his third album, ‘Not The Beginning, Not The End’ on Pinkbox Recordings. A free gig at the Cookie was put on to celebrate the launch. Over the course of the last few months, it’s an album I’ve frequently listened to as I’ve driven around the festival circuit. You’ll find more detailed reviews elsewhere but suffice to say, it is very, very good.

I’m a fan of story songs. If they contain heavy doses of death and drama then it’s all the better. This has probably been the case since the 9 year old me first heard Shangri La’s ‘Leader Of The Pack’. So, how could I possibly not fall in love with ‘Dwight’s Roadside Grave’, the second song on the album. In Mr. Plow’s deep, bass-heavy, drawl, he relates the darkly humorous tale of how him and his put-upon sister despatch with Dwight, their step-Dad. It’s classic songwriting.

The tune from the album that I’m featuring here is ‘Bag Of Bones’. It’s another stand-out on an album that in truth always keeps giving. This is a slower number. It could be a man coming towards the end of his life, possibly prematurely. It’s a man questioning his very existence. It’s a wretched, walk out of the door and never come back tune. It’s a sad song and I take much joy from it.

One thought on “Mr Plow – Not The Beginning, Not The End”