On Tuesday evening, I went to the Y Theatre to see the wonderful performance poet/comedian Rob Gee deliver his new stage play, Icarus Dancing. It was an absolute joy to behold; bittersweet, well-constructed, funny and intelligent. On the surface, you might think that this has very little to do with Snowapple (even though their songs are bittersweet, well-constructed and intelligent) – and you’d be right. 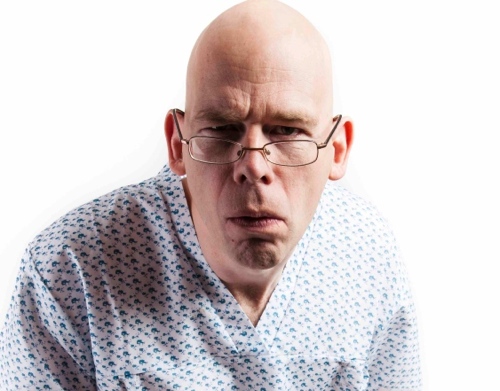 As I waited for the Rob Gee performance to begin, I got chatting to a guy who was sat at the same cabaret table. “Have you seen John Etheridge before?” asked the man. I considered his question a little odd but did my best to answer. “I’m a massive Soft Machine fan”, continued the man, “and I can’t wait to see them tonight.” At this point, I had to jump in and correct. “This is a comedy night you know?” The man looked at his ticket, cursed loudly and sheepishly confessed that he had got the wrong night. The Soft Machine gig was happening the next night. How I laughed at his foolishness.

They say that he who laughs last laughs longest (or something like that) and I have now experienced how true that is.

Tonight, I had it in my diary to see Snowapple. I’d been put onto them by the brilliant Louis Barabbas (who runs the record label, Debt Records, on which the latest Snowapple album, Illusion, has recently been released). Louis had kindly written to me asking if I’d take a listen to the album and come along to review their show at the Leicester Musician on February 11th. I had a listen to the record and thought it was brilliant. I replied saying that I’d love to go and added the show to my diary (for February 12th).

At least the man who got the wrong date for Soft Machine was able to resolve his error.

When Louis was describing Snowapple to me he said, “They’re a Dutch group comprising three women of very different musical backgrounds (Laurien is an opera singer, Una is the daughter of South African jazz saxophonist Sean Bergin, Laura’s more into synths; they tour with a fashion designer who makes weird outfits for them between gigs…), they mix pop, psychedelia, folk and classical elements. Beautiful harmonies throughout and always quite theatrical.”

I thought there and then that I’d be foolish to miss such an opportunity. I am foolish.

The video to the first track from Illusion , ‘Small Stone’, is worthy of watching. Get your fill on this if you’re not able to see them live.