So, I first heard this tune by MALKA early in January. I’m sure you’ll recognise the feeling. The Christmas and New Year break has recharged the batteries and you’re all sorts of positive for what this new beginning might hold.  And ‘Wonder Why’ did give me a lift. 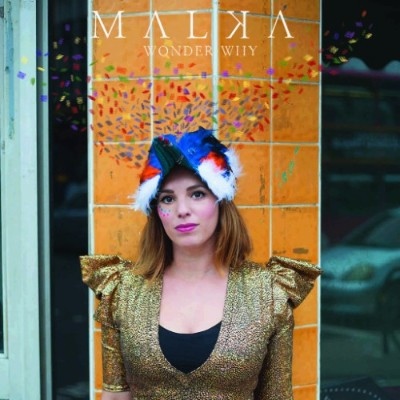 I didn’t feature MALKA on Sonic Breakfast back then because I was waiting for the video to land. Yesterday, it did. It’s added a layer of complexity to something that previously, in my head at least, was a bouncy, electro-pop song skewed by some off-kilter rhythms and tribal beats. The video is a fine piece of dark art; computer generated graphics laid over the gently spinning head of MALKA. I wouldn’t recommend it should you have an aversion for insects.

I’m told that “MALKA first made waves on the music scene as Tamara Schlesinger, the frontwoman of acclaimed alt-folk collective 6 Day Riot and also as a prolific songwriter.” I never did get to see 6 Day Riot although our paths did very nearly cross at festivals. I wish I had.

MALKA is Tamara’s new project. The optimism of January might have been dampened by the cold of February but the daffodils are beginning to appear and Spring is very nearly here. Let’s celebrate the growth of new things.