It’s raining in Alicante today. At one point, for about five minutes, it came down quite heavily. But, for the most part, this is the sort of rain that might register as light drizzle back in England. When I meandered back from language school this afternoon, people were sheltering in doorways or tentatively reviewing their instructions for putting up barely-used umbrellas. I took some delight in openly walking in the rain. I’m hardened to the extremes it seems. 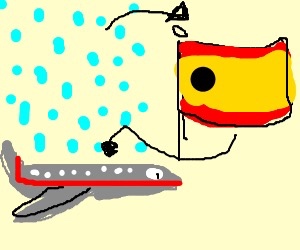 But the rain has served to quell my exploratory spirit. I’ve spent the afternoon drinking breakfast tea whilst eating tomatoes, cheese and bread. Instead of wandering around this fine city, I’ve been listening to music that’s been sent my way. I’ve barely scratched the surface.

There’s a lot of great music being released but this track, Shelter, by Stephen Karl and Handsome Animals caught my ear on this rainy day.

“My heroes are Prince, Springsteen, Tom Waits, Townes Van Zandt”, says Stephen, clearly a man with fine taste. “A lot of these tunes that were written around this time deal with romantic relationship struggles: ‘Shelter’ is an honest story of a relationship that is failing, but it does it in an honest, compassionate, and not-too maudlin way by acknowledging what I’m experiencing, and what I love about the woman I’m losing, and how I basically do want the best for her.”

Sonic Breakfast thinks it’s a belter of a tune; the exact sort of Americana that sends us all wobbly and quivery. Stephen has a rich voice that digs away into your brain whilst his quality musicians burrow into your body.

Shelter is one of four songs on a split EP with another New York based act, Darlin Darlin. Perhaps in future Sonic Breakfast blogposts I’ll feature them. Cyndi, the other track from Stephen Karl and Handsome Animals on the EP is also a cracker, especially for those of us who like story-songs.

“I wanted to present a fun story, and ‘Cyndi’ is that—about a night when I was 25 and got a kiss from Cyndi Lauper,”, says Stephen about this track whilst men and women of a certain age fight back the feelings of envy.