I’m back at the Old Blue Last for the second time this week.London sizzles in unseasonably warm temperatures and the heat in the Airbnb shows little sign of being any less stifling.I’m here for no other reason than my eye was caught by a band name; Walt Disco is a fine name for a band. 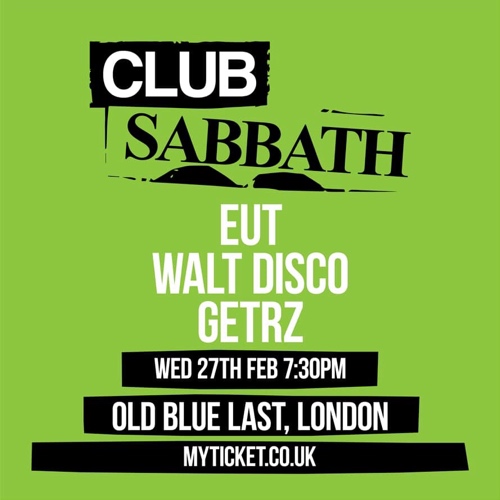 They’ve travelled all the way from Glasgow to be with us tonight. Perhaps that explains why they’re not topping the bill but are sandwiched between two others on this ‘Club Sabbath’ night. It’s a long way home.

Imagine it’s the early 1980’s and you’ve bagged a ticket for Top Of The Pops. Jimmy Savile, replete with gold lame jacket and fat cigar ‘accidentally’ fondles a young girl whilst half paying attention to the band he’s just introduced. A singer preens, pouts and warbles in a shin-length, woollen military jacket that temporarily covers his torso before he throws it to the floor. A keyboard player with bleached blonde hair plays notes from strange looking instruments perched perilously on an ironing board that’s seen better days. Harry Potter, not yet made famous by JK Rowling plays bass. This is the post-punk of Walt Disco. It’s got a pompous peacock strut, a strident theatricality and a pop sensibility. Phil Oakey, Ian McCulloch and Edwyn Collins better watch out. Here we have the new contenders.

To my mind, the obvious derivations don’t matter. Walt Disco might wear their influences close to their chests but this is 2019 and we don’t want our indie to paint pictures of the Arctic Monkeys by numbers. With Walt Disco, you can feel both terrified and terrific; misfits and oddballs, there’s a lot here to like.

Getrz (pronounced Getters apparently) are pretty normal by comparison. They headline tonight to a crowd that has diminished in size. This is a shame; you can see confidence wilting as the set progresses..From Swindon, you suspect that they’re local heroes in their own neck of the woods. But this is London and the crowd are a tad harsher. We’ve seen the gimmicks, the rock poses, the shirtless torsos and the audience forays before.

“Have any lads out there got trouble with their Mrs?”, asks Getrz’s ginger, squat lead singer before launching into a song, perhaps called ‘Domestics’, that features a shouty chorus of “You’re fucked – and your Mrs. doesn’t like you”. The last bastions of yesterday’s masculinity, you want to like them for their no-nonsense straightness. They’re not far away from finding their own, distinct niche and, when they do, this’ll be a very real possibility.

Openers for the night, Cheap Teeth are competent at what they do. They’ve travelled all the way from Edinburgh to be here. My notes suggest that they’re like a more raucous Franz Ferdinand and that they’ve clearly listened to ‘Peaches’ by the Stranglers. An interesting John Cooper Clarke like spoken word section in one of their tunes helps maintain my flagging interest. 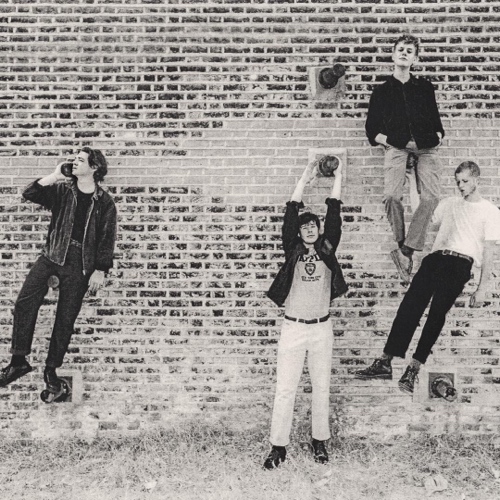 It’s no doubt hard to be original these days; somewhere, someplace it’s all been done before. And there’s nothing wrong per se with being in debt to your heroes. In different ways, all three acts on tonight’s bill have nailed that worship to a tee. Now, they need to give consideration to who they really want to be.