Are we only on number seven on this top ten gigs from Sonic Breakfast’s 2019? I’d better up the pace a bit unless I want to still be writing about 2019 in February 2020. 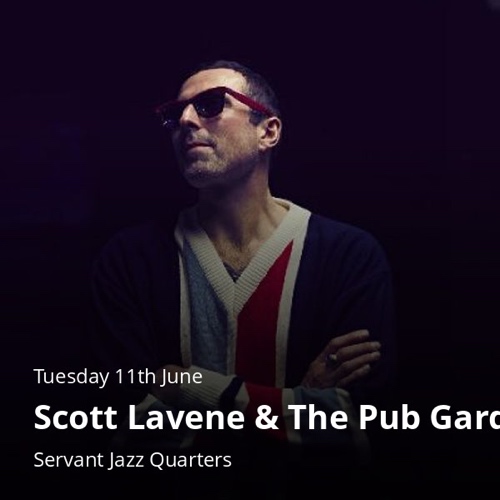 The one time I went to Servant Jazz Quarters this year was to see Scott Lavene. I loved his set back at the start of the summer and wrote excitedly about his live act (here). ‘Broke’, the album he was touring, has rightfully found its way into some end of year lists from astute bloggers though many still seem oblivious to its many delights. Lee from the Birmingham Mail still ignores it in favour of The 1975.

Earlier this week, Scott posted a Christmas treat onto his Facebook wall, a reminder of a musical project that he was involved with a way back and one of the more entertaining Christmas songs to ever emerge. It’s worth a watch, a dark excursion into one guy’s descent.

Also on the bill at Servant Jazz Quarters that night was The Golden Dregs. Since June, they’ve released a quality album (Hope is for the hopeless) that I’m listening to right now. I’m pretty sure that regular readers of Sonic Breakfast would approve. A successful November tour suggests there’s more to come from Ben et al in 2020.

Back later with number six..