It’s a perk of the music blogger’s life that you get to listen to a lot of music. Some of it gets sent to me by E-mail. I might not always respond because I receive a lot of mails but acts with the right approach will invariably get through. Just recently, I’ve been making use of the website, Musosoup, to source bands and songs that I want to write about. There’s an option within the site to charge acts money for the words that I cobble together about them. For some websites, it seems important to make their product into a commercial enterprise. Sonic Breakfast has never and will never be that site. No funds are exchanged between me and the bands I write warmly about. I do this for the love.

One immediate turn-off for me in the music I hear is if no thought has been given to the lyrical content. It happens with appalling regularity. It’s almost as if the songwriters of today are deliberately encouraged to write vacuous couplets with limited meaning; you actually find yourself wondering in the most extreme cases if they’ve just left their computers to generate a random pattern of words based upon cliched phrases from millions of songs from the past. 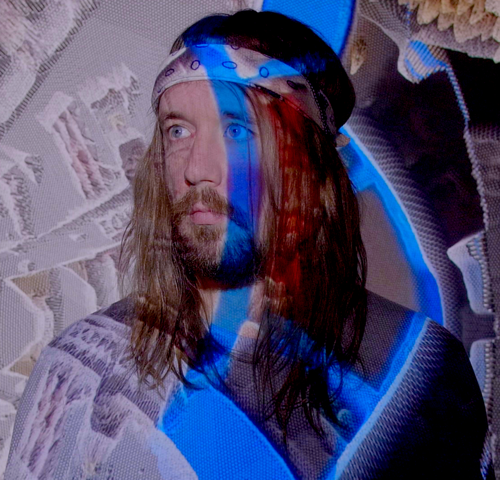 Tanoki’s latest single, Loading, draws influence from this idea. “The song is a commentary on what we’re doing with technology and how it’s intersecting with our lives.“, says Paul Mahon, the Kilkenny-based songwriter, producer and visual artist behind Tanoki. “As we lose what makes us human in exchange for the robotic, I want listeners to imagine the kind of lyrics that might come from an android, the cyborgs we’re becoming.”

Tanoki enlists the services of singer-songwriter, Farah Elle, to provide a hypnotic vocal over the funked-up, trip-hop grounded, electronica that he’s created. Farah is an interesting character. With roots in both Libya and Ireland, Farah is proud of her Mum for taking a significant role in leading the way against the tyranny of the Gadaffi regime (from within Ireland). You suspect that Farah Elle will not be short of things to say or lyrics to write and mark her down as another to watch. Paul and Farah became friends and collaborators after he directed a music video of hers.

Human content and human stories – it’s what we want.