It’s been many years since I ran away from Dorset seeking a better life. Indeed, it’s over half my life ago that I lived there. Back then, the closest any of us came to the glamorous world of pop was when Sigue Sigue Sputnik decided to stop off in Dorchester to buy some hairspray from Woolworths. From time to time, it’s lovely to head home. Things have changed; there are now new shops, cinemas and restaurants. Woolworths became Wellworths.

Billy Bragg lives in Burton Bradstock and PJ Harvey is from Beaminster. Great as they are, this hardly makes a scene.

Admittedly, Douglas Dare no longer lives in Bridport. He’s had to head to London via Liverpool to seek his fame, fortune and glory. But us Dorset people are proud sorts and I’m still claiming him as one of us. 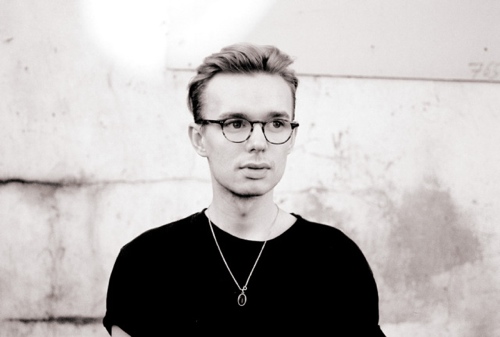 Douglas has an album, ‘Whelm’, coming out on the much revered ‘Erased tapes’ label on May 12th. In advance of that, the 23 year old has released this fabulous track from it. Taken literally, ‘Swim’ is all about standing by the side of a pool and jumping in after somebody else has made some ripples. But, I don’t think this is a track that’s meant to be taken literally.

This is a song about embarking upon a new journey. It’s a song about overcoming fears, taking risks and not holding back. It’s also a bloody beautiful, mesmeric piece of music. And it builds to a wonderful climax.

The boy from Dorset has done good.