When it comes to hangovers, I’m a heavyweight champion. Those minor bumps that I recall from my younger days when my head hurt a bit are nothing like the cuts and bruises that my body feels all over now after a punishing session. The ache and shakes that go on for days convince me that alcohol is best avoided in such quantity – and until the next celebration it is.

The worst hangovers are undoubtedly those that come at the end of a mad festival weekend. I recall the journey home from Boomtown one year, convinced that I was on the way out such was the severity of the shivery sickness. I asked Photographer Phil to stop the car a couple of times just so that I could regain composure in a layby. When I got home, I curled up in a ball under my duvet and dealt with vivid dreams for the next 48 hours. Drinking to excess is really not cool.

In those under-duvet moments you can’t help but consider how your ‘normal’ friends have got it right. Never the life and soul of the party (because they’re not there), these are your friends who revel in routine; they get up at the same time every day and take their packed lunch they made the night before from the fridge. They work without conflict or ambition because such emotion would throw the from their equilibrium. Very little comes as a surprise to these friends; they live vicariously through the likes of you. They have a perfect, mundane life.

(And of course, these friends don’t really exist – you just imagine that they do when your wretched self is in the midst of hangover hell.) 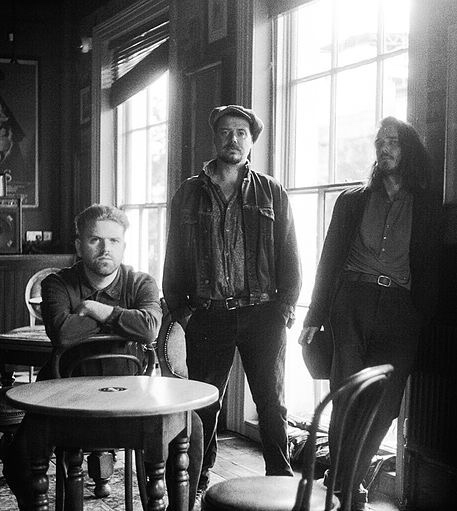 Circus Of Bones have released an absolute gem in ‘A Big No Body’. The video, full of humour and timely moments of Speedo-Scratching just adds to the overall effect. Over a lazy cabaret ska-rhythm, we find Eddie from the band lurching from crisis to crisis as he tries to deal with his current demons and can’t even depend upon chickens as friends.

The band say that about A Big No Body – “Written in 2017 in response to the worlds worst hangover owing to a night on the whiskey at Edinburgh’s famous Sandy Bell’s, Eddie, finds comfort in the imaginings of “a settled life”. An existence devoid of fear and anxiety by throwing all ambition and expectation to the wind and accepting a future of mediocrity.”

It’s an off-kilter tune for misfits; one you could easily imagine singing along to late at night in a packed festival tent – God, how I’ve missed such experiences in 2020. It manages to be both urgent and laidback, crazy and mellow.

It’s like very little else that’s around at the moment. And I simply can’t get enough of it.