I feel robbed by the imposter. JP Harris has surely given a sort of shout-out to me from the stage of Bedford’s Ent Shed and  somebody else, a nemesis in a front row seat, has just claimed the glory.

“We’ve got somebody who’s travelled all the way from Spain tonight to see us”, he offers, mirroring some text we’d previously exchanged. “It’s a great country – we’ll get there next year”, he might say in his Southern drawl but I’m distracted, already reeling from the blow.

JP now thinks that I’m that distinctly uncool person sitting to his right, the one waving at him like a deranged, drunken harlot. She clearly doesn’t  know the words to his tunes like I do; she’s not getting his references to great Country songwriters of the dim and distant past; FFS, I bet she’s never even been to Spain for longer than that week in Benidorm.

My anger isn’t healthy. There’s little that can be done. I temporarily toy with the idea of standing up and arguing the toss but “No, I’m your Spanish fan”, seems like a foolish intervention. I anonymously slink into my chair and resolve to get on with enjoying the gig.

And enjoying yourself at a JP Harris gig is an easy pastime. This is a songwriter who’s at a pinnacle of sorts. His latest album, Sometimes Dogs Bark At Nothing, sees the slightest of diversions from the out and out country that’s made his previous records so great. But the variety, the veering into blues, soft-rock and folk, simply makes this two hours in his (and his astonishingly talented bands) company more palatable. And ultimately it does still feel like we’re being transported to a backstreet bar in Nashville.

The Ent Shed is a new venue for Sonic Breakfast; it’s an impressive community hall, an extended skittles alley in the backwaters of Bedford. Attached to the Gordon Arms pub, it’s a place to love, cherish and value. Capping capacity at 100 people, it seems to be building a fine reputation in promoting these sorts of gigs. The plethora of punters in cowboy shirts and wrangler jeans have clearly clocked on that if they want their fix of slightly under-the-radar Nashville quality this is the place to be. 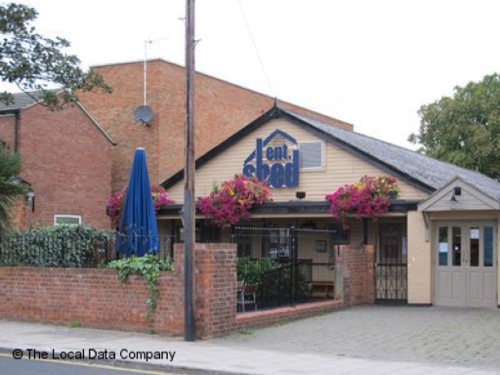 The sound could be better. JP’s songs come alive with the lyrics, sometimes poignant, often sad but mostly true stories about past misdemeanours and struggles. Happier tales do surface from time to time. If only his vocal was slightly elevated within the mix we could engage more. As it is, we marvel at the playing and at the tunes without quite getting the full blow by blow account.

His banter is engaging between songs. Hirsute with the best of beards, authoritative and tattooed to the hilt, you’re inclined to accept his murmured wisdom without question. He talks genuinely about the extreme hassle that women face in the music industry before launching into set highlight, ‘Lady In The Spotlight’. A curious explorer,wanderer and reveller, he talks of leaving home when young and the impact it had on his Mum. Crazy tours of the past, lost love, mistakes, regrets, solitude and his battles with alcohol also come to the fore. ‘When I Quit Drinking’ and ‘I Only Drink Alone’ being gut-wrenching statements of his stark honesty.

I’d hate to give the impression that this is all navel-gazing therapy though; for the most part it’s a rollicking ride, a bar-room blitz, a storming hoot. The pedal steel merges with the guitars and drums to create a pretty party on this Saturday night.

Miss Tess supports. Part of JP’s band, her set is a gentle prelude to the main event. Clearly a Nashville name, she duets acoustically with Thomas Bryan Eaton (also JP’s pedal steelist) giving a showcase of her cabaret-country tunes. Like JP, she’s also an entertaining raconteur moaning that her professional touring life gets in the way of her love life. She glows when telling all that a marriage proposal came her way earlier on this tour in Scotland and delights in disappointing Bedford’s Tourist Information Office by questioning the greatness of the castle. I didn’t know Bedford had a castle. I won’t now go. Essentially though, the songs stand up to scrutiny and I resolve to check out more when I get back to Spain.

Like all here, I’ve loved my night out in Bedford. I’ll head back to Spain happy. As the gig draws to a close I think about waiting around to put right the wrong and to claim my prize. I realise such behaviour would simply be churlish and head out to the car with a spring in my socks.

It might be rash of me to say that I’m going to quit drinking for October. But, at present, nine hours into the month when many are going sober for charity, I’m also part of their club.

Truth is that after a skinful on Saturday night, it’ll take a while until I fancy another drop. But, probably not a month.

I’ve got a lot of respect for those that are able to give up for months on end. I did it once one January. It wasn’t so much the lack of alcohol that got me, rather how incessantly humdrum life got in those desperate four weeks.

Given my acknowledged dependency, I suppose that I really ought to give more attention to abstinence.

As JP Harris has. ‘When I Quit Drinking’ is a prime cut from his record, ‘Sometimes Dogs Bark At Nothing’, that’s due for release this week. It’s a fine country tune from a songwriter who’s consistently been turning heads for a few years now. It’s as authentic as a Hank Williams reprise with the timbre of his voice perfectly capturing the dilemma a drinker feels when not drinking. 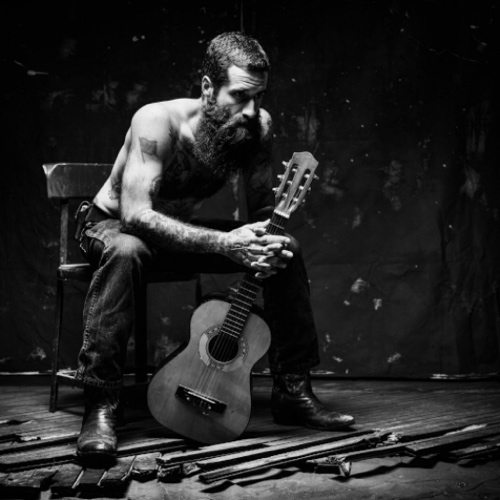 If his press release is to be believed, JP has lived quite a life. He “doesn’t fancy himself a musician as much as he does a carpenter who writes country songs. He left home on a Greyhound bus in the middle of a summer night and since then has consistently worked hard in every sense of the word. Hitchhiking and hopping freight trains while making his living as a farm labourer, shepherd, woodsman, and carpenter, among many other titles, he has also forged his own path in the world of raw country music.”

JP’s album is fabulous. When he breaks into the soft and tender gentle balladry of ‘I Only Drink Alone’ one doesn’t know whether to weep or holler. That’s just the way it is for us drinkers.