It’s hard to believe it was just two weeks ago that I was in Groningen; it feels longer. I’m sure that as 2018 progresses I’ll continue to curse myself for the bands I missed whilst at Eurosonic. There was so much going on though so I do have an excuse.

One such band that I missed was Pale Grey. This was despite some lovely communication with Max from their record label/booking agency, JauneOrange, heartily encouraging me to head along to the Huize Maas on Thursday. 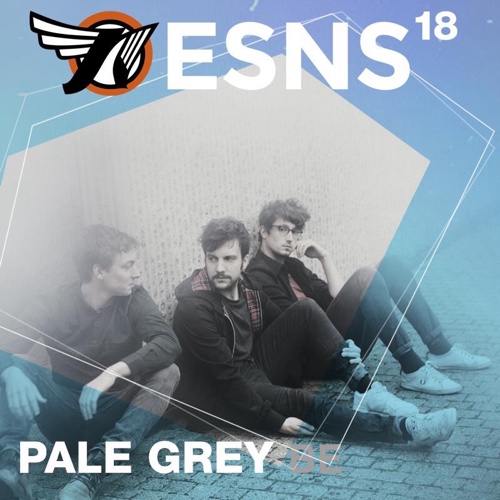 It appears that ‘Pale’ is this year’s prefix for a cool band name (taking the place of ‘Crystal’ perhaps?). Despite coming from quite different genres, there were three ‘Pale’ bands at Eurosonic. To a casual outsider, it might prove challenging to distinguish between Pale Grey, Pale Honey and Pale Waves.

The confusion gets even more complex when you consider that Pale Grey’s latest album, which has a Europe-wide release in March, is called ‘Waves’. And when you receive a press release saying ‘some acts are impossible to categorise. Pale Grey are one of those bands‘, the temptation is to throw your hands up in the air with despair.

But that’d be foolish. You’d miss out on the music of Pale Grey which very much speaks for itself. “Through the lyrics and the melody, Pale Grey works to reconcile the air with the ground, the aerial with the carnal“, says the slightly pompous PR statement surrounding the band. It’s all about combinations and fusions apparently. Let’s listen.

Latest single, Late Night, is compelling. Pale Grey’s songs don’t typically feature rap but this one’s got Serengeti involved. We descend with the band into an alcohol-infused stupor, a drunken stumble home from an excessive night out.

My favourite of their single releases from the upcoming album, Seasons, is a short and stunning consideration of how life passes all of us by so quickly. It’s quite different to ‘Late Night’ and you begin to see the complexities of a band refusing to be pigeon-holed.

The album has had a release in their native Belgium. I’m looking forward to hearing more when it’s released here.