It was some years ago now that I went, as part of a group of friends, to a Pantomime production in a village hall. I seem to remember that one of my friends very loosely knew somebody connected with the play; they might have had a friend who had a daughter in the chorus or something similar. Whatever, a thing that attracted this group of friends to go en masse to a village hall full of strangers was the pure outlandishness of it all. We were outsiders causing a bit of consternation. “No Janice, I don’t know who they are either”, we heard the lady whisper whilst serving at the tea bar.

We had such fun at Kirby Muxloe (this was the village hall location) that we established an ambitious plan. Visiting village halls to sample the specific entertainment going on within would become a regular pursuit. Confusing locals with our urban, presence would become our goal. Yes, we even set up a closed Facebook group (The Village Hall Preservation Society) to co-ordinate our aim.

But, like many of the best-made plans, we never followed through. Life took over and the gigs, plays and quiz nights within our city walls always seemed more exotic.

A week or so ago I was sent an invite to a gig that’s happening at Medbourne Hall, not far from Leicester. I had to look at Google Maps to check where Medbourne was. The hall website simply says that they’ve got a ‘Canadian Music Artist’ playing next Saturday. 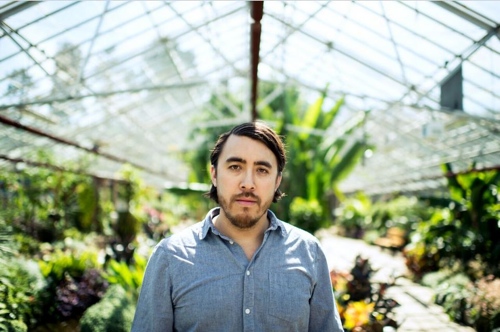 JP Hoe was a new name to me but I clicked and watched the video to his new song, ‘Beautifully Crazy’. I liked the tune enough to secure tickets to the village hall show. I couldn’t entirely understand why this ‘6 time Western Canadian Music Award nominated’ chap was heading to Medbourne but appreciated that the press release said ‘he has the enviable skill of sounding as good stripped down around a campfire as he does in a soft seat theatre with a full orchestra.’ Above everything, I realised that there’s a talent here who needs supporting as he tours the world.

I think it’s going to make for an interesting Saturday night. Who else is in?