It’s not that this winter has been particularly cold. We’ve had no snow and could have had many more mornings of de-icing car windscreens than we actually have.

But, it’s my sense that it’s really dragged. More than in any previous year, I’ve found myself looking forward to the warmer and longer days of Spring and Summer with an ever-increasing sense of glee. The anticipation is doing me in.

It’s why this new video and track, Sunburst from Lisbon Kid, is so gratefully received. Comprised of the Soho-based, Portuguese musicians, producers and TV ad composers Danny de Matos and Rui da Silva, this duo are gearing up to release their eponymously titled debut album. 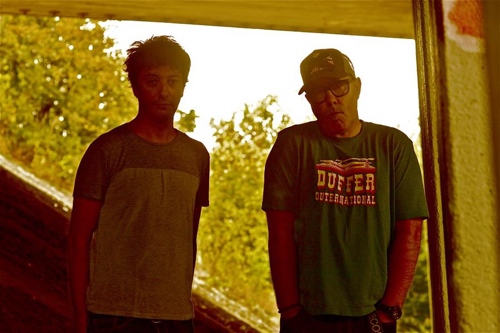 Sunburst oozes with continental warmth. It’s easy to allow the visuals to wash over you as this instrumental mix of gentle electronica takes your mind on a relaxing holiday.

Perhaps we’ve just partied the night away and we need a chilled tune to put on as we watch the sun rise beyond the distant mountain range? Perhaps we’re lying on a sun-lounger, eyes shut and drifting in and out of sleep as Sunburst glistens? We might be laughing and joking with old and new friends as the soundtrack for our summer plays. We might be walking home from the party as night gives way to blue-sky day.

Just as long as we’re anywhere from here, it’s all ok by me.