It’s not been a deliberate ploy but Sonic Breakfast has been encouraging a fair bit of croissant-munching this past month. Yep, fine bands with links to France have been featured quite regularly because I’ve been impressed by the music they’ve produced,

Tour De France are a duo from Los Angeles that I’ve been in recent contact with. Their pretty unique thing is that they sing all of their stuff in French – a sort of electronic punk with exclusively French lyrics. Singer Bernadette is initially from Bordeaux and is now apparently Leonard Cohen’s French language coach. Sam, initially from New York, produces.

Their third album is being released this year. It’s definitely worth spending some time digging into their back catalogue if you’ve got a spare few hours.

But, just in case you haven’t and you want a quick fix of Tour De France, here’s a lyric video of their recent release, La Saint Valentin. It’s got a simple melody that ambles along with pleasant urgency. But beware – it’s also got a melody that digs into your head. You might well be humming this as you traipse around shopping centres later today. 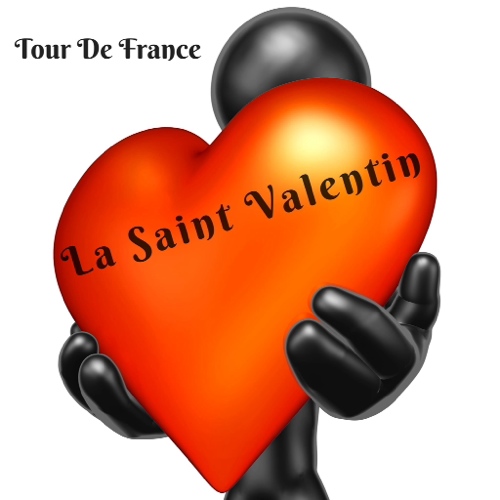 With customary tardiness, Sonic Breakfast encourages you to celebrate St Valentines Day over a month after it’s passed. But I’m not sure that matters. For those of us lucky enough to be in love, everyday is a celebration, right?