I can’t quite remember when I first crossed paths with Steven James Adams. I’m pretty sure it was at the Cambridge Folk Festival. As I queued to get a beer, he stood up and played an impromptu acoustic set with his band. This was many years ago.

A lovely friend, Nicola, encouraged me to listen to the Broken Family Band more. She was right to do so. I grew to love all that they offered. In a venue, here in Leicester, that has been gathering cobwebs and closed for years now, I once got so rowdy seeing them that I threatened a guy with a broken glass. Times have changed.

As my friendship with Nicola grew so did my love of the Broken Family Band. She procured tickets to their last ever show at the Portland Arms in Cambridge. On Halloween night we went along, experimenting with gothic mascara and stupid drugs. It was an incredible show.

Much as I’d loved, Steven James Adams drifted in and out of my vision. There was a far too casual gig for The Singing Adams in Leicester. We shook hands and I had a drunken fanboy moment with Steven and Dan Mangan backstage at the very last Summer Sundae whilst Jake Bugg played elsewhere (fact). There were new priorities then. 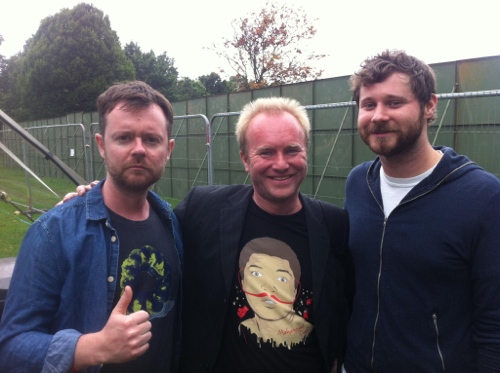 Heck, it’s lovely to discover that I’ve got catching up to do. The man has now spent four years doing a solo thing. There are two new records to immerse myself in. It was a random message from a PR company that once again piqued my interest.

(Click on page 2 to find out what piqued my interest)