The pre-teenage Sean wasn’t half a geek. I’d progressed from collecting football stickers but held court in the playground when it came to discussing all things ZX Spectrum. Others, arguably from more ‘middle class’ homes, swore by the virtues of the BBC computer (and some were swayed by the Commodore) but I was loyal to my Sinclair. I once had a program I wrote in ‘basic’ for my ZX81 published in ZX Computing and was paid the princely sum of £5 for it. Raspberry Pi – eat your heart out.

I can recall my first evening playing Manic Miner like it was yesterday. I’d only recently advanced to the ZX Spectrum and it was all set up around the family TV in an act perhaps akin to watching the coronation a generation earlier. That little black box with rubbery keys, the standalone Ferguson cassette recorder beside it a vital component in loading the games.

Manic Miner lurched out from the screen; a blitz of colour and sound that I’d never witnessed before from older TV consoles, Binatone bat and ball configurations. Collecting keys and avoiding comic monsters whilst pixels of ground vanished beneath your feet. I’m sure that I fell asleep that night to dream of toilet-seat creatures and crushing boots. It’s perhaps explains my love of all things psychedelic now. 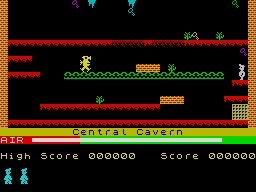 And then came Jet Set Willy. A wonderful sprawling mass of a game. Frustrating and seemingly impossible to complete as you wandered around Willy’s mansion collecting objects. We’d use up our school lunch breaks thinking up how we might jump further to reach those objects just out of grasp. And report back the following day. We’d be at the newsagent on the day that Crash magazine came out using up our pittance of pocket money to devour the tips and gossip from the Spectrum world.

Even back then, Matthew Smith, writer/programmer of Manic Miner and Jet Set Willy, was something of a hero. The magazines fed the myth; a bedroom programmer who we could all aspire to be in a few years time. We waited anxiously for news of other games from this genius, snippets that we could cling to in order to convince others (and ourselves) that the influence of the Spectrum was not waning. It never came. 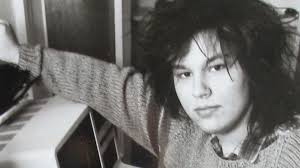 Yesterday, I received details of the song, ‘Where Is Matthew Smith?’, by the British IBM. Immediately I knew what this was going to be about. I had little need to read the attached press release.

It’s brilliant – and the accompanying video is shot in my home town (just to clarify that’s Leicester and not Catral, the place in Spain where I currently reside). I think that the fact that Leicester houses the Retro Computer Museum was vaguely etched in my head but it’s not a place I’ve ever visited. Slightly out of town, it’s just open on Sundays and run by volunteers. The British IBM got special dispensation to film the video for ‘Where Is Matthew Smith?’ at the museum. The images take you back and I’m resolved to visit when I’m next in England.

As for the tune – ninety seconds of power pop punk, expertly dispatched by geeks like me. Their ‘Jet Set Willy’ tune brings back so many memories as well. This afternoon I’m going to load up a Spectrum emulator on this pad and reminisce whilst playing the British IBM on repeat.