When I’m living somewhere for any period of time, I try to immerse myself in the local music scene. I read Internet forums and regional newspapers to find out about what’s going on and I make an effort to check out interesting venues that are near to me. It’s only by being curious about the musical culture of an area that I can truly get under the skin of a place. And aside from that – it offers a fantastic way to meet people and to begin to feel part of something.

Maybe it’s because I’m far from fluent in the Spanish language and certainly the fact that we’ve been living through a pandemic has not helped but I get a sense that I’ve only ever scratched the surface of any local ‘scene’ here in Catral. Perhaps things don’t really extend much beyond the tribute acts and karaoke specialists who relentlessly tour the ex-pat bars (when they’re able to open). I’m not sure I believe this. There must be bands from Catral, Alicante, Elche or Murcia producing new music that would delight regular readers of Sonic Breakfast. I’ll continue to explore (virtually) over my final few days here. 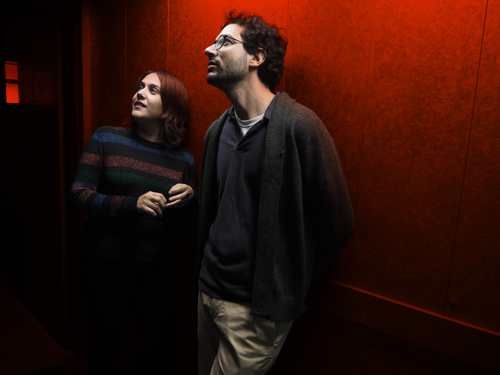 Cine Nuria, a duo from Catalonia, come from slightly further afield but I couldn’t help not to be drawn to their recent single ‘Lo Bonito’. It’s a dreamy shimmer of a song; a chilled airy vocal runs over the top of an electro-pop thumper to entice you in. My Spanish is not strong enough to pick out all of the lyrical meaning within but we’ve definitely got meteorites, black holes and illuminations making an appearance here. “The song represents the rollercoaster of emotions, the different states that two people go through when they are immersed in an emotional relationship.“, I’m told by the press release to help fill the gaps.

I ask how things are up in Catalonia right now. “We are fine, but we have a municipal confinement. That is, we cannot move from our town / city. It’s very heavy.“, I’m told. “We are preparing a new 4 song EP for March.”

We’re left with little option now other than to make our beautiful discoveries online. We all look forward to a future when we can again go to local music venues to spot new, up and coming talent. We can only hope that those venues will still exist when the time comes.