It’s exhausting to simply watch Skinny Lister live on stage. Goodness knows what it must be like to actually be in the band. They just don’t stop moving, none more so than singer, Lorna Thomas. Quite how she still has the breath to sing without wilting is anybody’s guess. They’re certainly well practiced in this hard-partying performance lifestyle.

Indeed, this correspondent wonders whilst watching them at Leicester’s O2 on Saturday evening if there’s a band that he’s seen more times over the last five years than Skinny Lister. And if there is he’s not sure who. Be it hungover early afternoon at a festival or later at night at their own headline gig you always know what you’re going to get. This is a frantic, riotous folk, an exhilarating Clash-like head rush, a sharing-caring  united celebration, an opportunity to let your hair down whilst all else turns to shit.

Ostensibly, Skinny Lister are here to promote their new album, The Story Is. And they take the opportunity to play a fair few of the songs from it. It might have only been out for a few days but the tunes already appear to have worked deep into the heads of the moshing crowd and the more-cautious types who position themselves just outside the throng. There’s no sign of discernible lull here when the band plays new ones. “This is not a drill”, we urgently sing reminding ourselves that life is to be cherished whilst also comprehending the stark situation described within set and album opener, 38 Minutes.

For Lorna (and her brother Max), Leicester is pretty much their homecoming gig. They tell us regulars once again that they remember Saturday lunchtime folk sessions at the old Phoenix (what days they were) – and a Skinny Lister gig in Leicester wouldn’t be what we love without an appearance from Party George, their Dad. He comes on stage during the traditional encore as do the rest of the touring entourage, support acts and shameless liggers, in a finale free-for-all knees-up. Six whiskies is the most exuberant of drunken excess party tunes and it’s hard not to delight in its playing tonight.

I mention the support; we berate ourselves for missing the opener, Trapper Schoepp, but happily arrive just in time for the Wood Burning Savages. From Northern Ireland, they’ve got a neat take on the angry, the political and the human.  They’ve got a retro -rock anthemic sound not dissimilar to The Alarm (though I’m sure they’d baulk at such a comparison). “Put your name on our mailing list and you could become our First Minister“, says their lead singer, clearly as despairing of the state of things in Stormont as most are here about the impending Brexit gloom.

Lorna dances with the punters; she dives into the mosh and crowd-surfs. The flagon of rum gets passed around as is tradition though I’m no longer close enough to the action to take a gulp. John Kanaka, Skinny Lister’s largely acapella call and response number, raises the roof like never before.

This is a band at their very riotous heights. As they head off overseas with leg one of their UK tour done and dusted, the neatly reworked Scholars bar at the O2 knows it has witnessed a treat.

It’s been quite a week. Some regular readers of Sonic Breakfast will know that the lack of blog posts over the past week has not been due to laziness on my part. 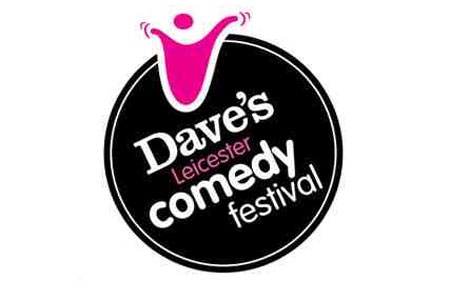 Dave’s Leicester Comedy Festival is running and I’ve committed to a pretty hefty amount of show reviews for the Leicester Mercury. To date, 5 of my comedy reviews have gone to print.  There’s links to them here..

(1) George Egg at the Western

(4) Ed Aczel at the Criterion

On Sunday night, I took a break from the laughs to go and see Fickle Friends and Clean Cut Kid at the O2 academy (Mercury review here). I last saw Fickle Friends at Liverpool Sound City a couple of years back. That was towards the end of a long, crazy day of live music and I might have been a bit jaded then. They were better on Sunday. 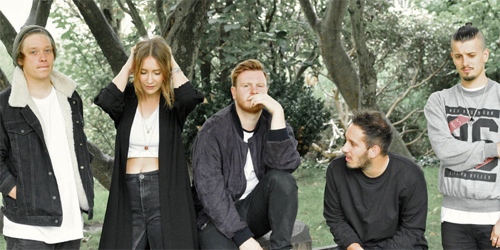 Clean Cut Kid clearly have quite a bit of backing behind them. I think I could see why. But my motivation for wanting to see them was a bit different. My younger brother, James, told me recently that him and his wife, Saf, had once had members of Clean Cut Kid around to their house for dinner. James and Saf are fine, sensible people and the thought of them having a rock n’roll band around for dinner felt a little odd. 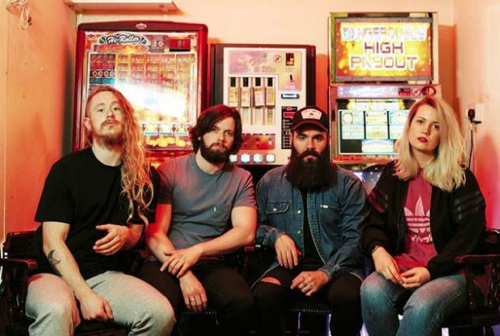 It still does feels odd. Clean Cut Kid swore on stage, had masses of facial hair and wanted us to dance like our lives depended upon it.

Sometimes though (and this is a theme that’s been repeated time and time again in the comedy shows I’ve seen), things aren’t always worth trying to understand too much.